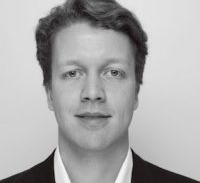 Dr. Julian Hinz, KCG PostDoc Researcher, gave a presentation “Now We’re Talking: Quantifying the Effect of Languages on Trade with 2 billion Tweets” at the Kiel Institute for the World Economy at the beginning of February, 2018. The presentation was based on an ongoing study carried out by himself and his co-author Dr. Elsa Leromain from the London School of Economics and Political Science (LSE).

In their study, they incorporate languages in a model of trade between locations and quantify the model and the language effect on trade based on an analysis of a sample of 2 billion geolocalised tweets. Their study is expected to help gain more insights into the mechanisms of how languages may affect trade between different locations with heterogeneous firms and customers.

Julian Hinz as a member of the KCG team with his analyses of big data for economic research has broadened the spectrum of methodologies and techniques applied by KCG for its research on globalization in general and on global supply chains in particular. For different research projects, the interdisciplinary team uses different methodologies and techniques spanning from qualitative case studies, questionnaire-based surveys, economic experiments, theoretical modelling to statistical and econometric analysis of secondary statistics and large-scale firm-level survey datasets. With his analysis of tweets, Julian Hinz shows that big data can also be used and analysed for the trade research – a crucial aspect of globalization and one of the key research topics of KCG.

The abstract of the presentation can be found here.