Research Seminar on Impact of Foreign MNEs on Workers and Firms in the US on Nov. 24, 2020 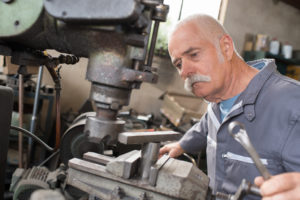 Foreign direct investments (FDIs) are often considered to be advantageous for fostering the economic growth of FDI recipient countries. Can the investment and engagement of foreign multinationals in the FDI recipient countries also lead to higher wages and have positive spillover effects on local domestic firms? To examine this important question, Prof. Felix Tintelnot, Ph.D. (University of Chicago and NBER) with his co-author Bradley Setzler, Ph.D. (University of Chicago) constructed the first U.S. employer-employee dataset with foreign ownership information from tax records for their analysis. Key findings will be presented by Tintelnot in an online research seminar “The Effects of Foreign Multinationals on Workers and Firms in the United States” on November 24, 2020. The seminar will be organised by the Kiel Institute for the World Economy in cooperation with the Kiel Centre for Globalization.

Abstract:
Governments go to great lengths to attract foreign multinationals because they are thought to raise the wages paid to their employees (direct effects) and to improve outcomes at local domestic firms (indirect effects). We construct the first U.S. employer-employee dataset with foreign ownership information from tax records to measure these direct and indirect effects. We find the average direct effect of a foreign multinational firm on its U.S. workers is a 7 percent increase in wages. This premium is larger for higher skilled workers and for the employees of firms from high GDP per capita countries. We find evidence that it is membership in a multinational production network—instead of foreignness—that generates the foreign firm premium. We leverage the past spatial clustering of foreign-owned firms by country of ownership to identify the indirect effects. An expansion in the foreign multinational share of commuting zone employment substantially increases the employment, value added, and—for higher earning workers—wages at local domestic-owned firms. Per job created by a foreign multinational, our estimates suggest annual gains of 16,000 USD to the aggregate wages of local incumbents, of which about two-thirds is due to indirect effects. Our estimates suggest that—via mega-deals for subsidies from local governments—foreign multinationals are able to extract a sizable fraction of the local surplus they generate.

The seminar will take place via Gotomeeting at 12:30-13:30 on November 24, 2020 (Tuesday). More information about the seminar and the web access can be found here.