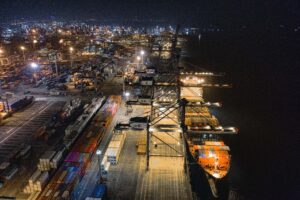 Growth in global value chains (GVCs) is often seen as one of the main reasons behind the rapid increase of international trade that is widely recognised as a key driver of economic growth, poverty reduction and societal development. However, this does not mean that everyone can to some extent comparably benefit from the increasing international trade. Trade shocks can also pose a critical challenge to firms due to, for example, higher market competition and thus also to their employees. This may lead to rising protectionism in countries to “protect” domestic labour and firms as observed particularly in the past few years.

But can comparable impacts of trade shocks on income and on political polarization be also obeserved during the trade shock in the first globalization wave in the late 19th century?

Against this background Felix Kersting (HU Berlin) will give an online seminar “Trade Shocks, Labour Markets and Elections in the First Globalization” on March 12, 2021, based on his recent research in cooperation with Wolf-Fabian Hungerland (BMWi) and Richard Bräuer (IWH Halle). They examine the “grain invasion” of the first globalization (1880-1913) and cannot find the decline in income per capita and the political polarization that are found by other studies for today’s trade shock. They argue that here labour mobility played an import role.

Abstract: We study the “grain invasion” of the first globalization (1880-1913) as a historical counterpart to today’s China shock. We show that trade shocks in agriculture depressed rural counties in Prussia. However, we do not find the decline in income per capita and the political polarization that studies find for today’s trade shock. Instead, workers left affected counties in large numbers. Our results suggest that the negative and persistent effects of trade shocks we see today are not a universal feature of trade integration, but depend on labour mobility, too. For our analysis, we combine data from three industrial and agricultural censuses on the county level with national trade data at the product level. For causal identification, we instrument German trade exposure with trade exposure for Italy.