KCG Seminar by Julian Hinz on Frictions to intranational investment on Sep. 21, 2021 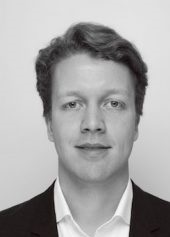 Against this background, Prof. Dr. Julian Hinz (Bielefeld University, Kiel Institute/IfW and KCG) will give an IfW-KCG Research Seminar titled “Frictions to Intranational Investment” on September 21, 2021 (Tuesday), based on his current research with Prof. Inga Heiland, Ph.D. (University of Oslo and Statistics Norway).

Abstract: Despite unhalted technological progress in transport and communication infrastructure over the past century, geographical and cultural distance remain major obstacles to the flow of goods and production factors to date. In this paper, we show that geographical and cultural distance forcefully shape intranational investment flows in Norway, preventing an efficient allocation of capital to firms. To that end, we derive a structural gravity equation of investment from a general equilibrium model with multiple locations, multiple assets, and information frictions. Based on the model, we identify frictions related to geographical distance, travel time, administrative borders, and language differences and quantify the loss in terms of portfolio efficiency caused by each individual friction and by gravity as a whole. We also aim to study the impact of major infrastructure developments during the 2000s through the lens of the model: The politically-driven roll-out of broadband internet access across the country and the rapid expansion of the flight route network driven by Norwegian Airlines. Finally, we aim to deliver ex-ante predictions for the effects of a railway line connecting Northern Norway to the country’s main rail network, as well as the effects of a change to the speed limit on major road connections.