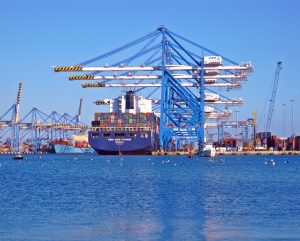 KCG Researcher, Dr. Wan-Hsin Liu, is involved in a new study investigating challenges for the foreign direct investment (FDI) policy of the European Union (EU) induced by substantially rising Chinese FDI flows over the last decade. Whereas the EU generally welcomes inward FDI, FDI from China has been often accompanied by concerns. With these developments, the EU now faces challenges of reforming its FDI policy in such a way as to simultaneously (i) defend the EU’s current openness to FDI (including from China), (ii) address the security concerns that have been raised for some types of FDI, and (iii) ensure greater openness and a level playing field for European FDI in China.

Frank Bickenbach (Kiel Institute for the World Economy) and Liu discuss the motivation, development and prospects of two key selected initiatives of the EU FDI policy as follows: the establishment of an EU-wide framework for screening inward FDI on grounds of national security and public order and the negotiation of a bilateral investment agreement with China.

The paper “Chinese Direct Investment in Europe – Challenges for EU FDI Policy” is published in CESifo Forum 19 (4), 2018, 15–22 and is online available.