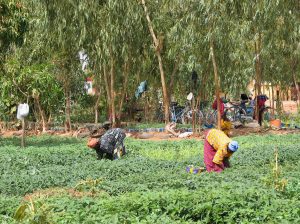 When Labour Ministers of G20 countries met two weeks ago in Germany, they reached a consensus on the critical importance of jointly coping with labour market challenges, such as poor working conditions and unfair wage in particularly emerging and developing countries.

More and more emerging and developing countries as well as their economic agents have been increasingly integrated into the global supply chains through new and/or expanding investments of multinational enterprises (MNEs) from the developed countries. Many argue that these MNEs have invested in emerging and developing countries mainly to seek cost advantages supported by low-wage labour, low-cost resources and less strict environmental and labour market regulations on site.

News about poor working conditions, child labour, working accidents and damage caused to the environment in these countries suggest that the increasing integration of these emerging and developing countries into global supply chains seems to bring undesirable side effects to the individuals and the environment in these countries over time. The existence of these side effects should never be neglected. Appropriate policies to deal with these challenges are definitely necessary. It is, however, at least of the same importance not to ignore the strong positive developing impetus on site brought in by the MNEs’ local investments. This was exactly emphasised by Prof. Holger Görg, KCG Managing Director, in his interview by ZDF heute.de, based on his and other colleagues’ research findings over the past years. One can observe strong economic development in, for example, China and Thailand through their integration into the global supply chains. Such positive development is expected to be observed in an increasing number of African countries as well, when many of them are becoming more engaged in the global production networks.