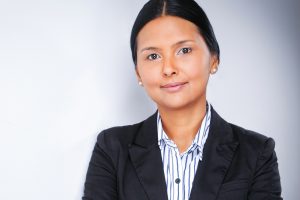 In cooperation with Transfair e.V. and the European Union, the Global South Studies Centre at the University of Cologne organised the conference “More than just a Fair Price (German Title: Mehr als nur ein fairer Preis)” on September 23-25, 2018 in Cologne, Germany. The conference gathered academics and representatives from NGOs and the civil society from the German-speaking region to discuss research progress and results dedicated to fairness in trade, the role of “Fairtrade” Certification and its further development. KCG Researcher Guli-Sanam Karimova joined the conference and presented her paper “Ethics of Consumption vs. Ethical Consumption: The Evaluation Criteria related to Global Supply Chains from the Consumers’ Perspective” in the session “Fair and Sustainable Consumption”. Karimova is a research member of the KCG Project “Cross-cultural differences in the perception of corporate social responsibility and consumer social responsibility along global supply chains”, co-led by Prof. Dr. Ludger Heidbrink and Prof. Dr. Stefan Hoffmann.

Fairness in trade is an issue that has received more and more attention not only among the experts but also among the public, particularly after the Rana Plaza collapse in 2013. Core values and principles considered here are, for example, fair distribution of economic gains, prosperity for all involved actors and long-term sustainability. Encouraging fair trade has, however, become more complicated with increasingly complex global supply chains over time.

Against this background, one key topic discussed at the conference in Cologne was related to how Fairtrade certification worked in different regions and sectors in the past and how its standards and procedures can be further developed to satisfy the need in a globalized world with complex international trade. Research presented at the conference showed that applying Fairtrade certification in the Global South countries such as Guatemala, Columbia and African Countries has contributed to their economic development. There were also studies showing different successes in applying the Fairtrade certification in different sectors along the global supply chains. The certification was found to have a greater success in the agricultural sector, compared to the electronic or textile sectors. How intensively the sectors have been integrated into the global supply chains may be one of the key factors behind the sectoral differences in the certification success. The supply chains of agricultural products are generally perceived as being less complicated than those of electronic or textile products. This may, thus, make it easier to track the fair behaviour of the involved suppliers and producers along the supply chains in the agricultural sector. Discussions at the conference came to the conclusion that the potential of the Fairtrade certification has not yet been fully unfolded, particularly considering the increasingly complex international trade. Fair trade should, however, not be just an idea. More needs to be done to encourage fair trade and to help realise the core values and principles behind the issue.