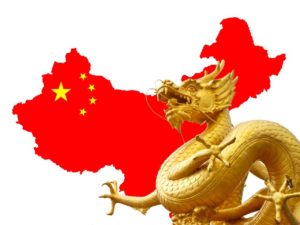 In late 2021, China celebrated the 20th anniversary of its WTO membership. On December 11, 2001 China became the 143rd member of the World Trade Organization (WTO) after a long-lasting negotiation process and large-scale economic reforms to fulfil the accession requirements. Through China’s WTO accession, it became – formally and institutionally – an important part of the multilateral trading system.

China’s WTO accession is a game changing moment for the world. On the one hand, it has helped China become more rapidly and intensively integrated into the world economy. It has facilitated the globalization processes, leading to extended, intensively interconnected and highly specialized global value chains. On the other hand, China’s rise to the world factory and to a crucial trading power with an over-time increasing weight in technologically more advanced products has posed huge economic and social challenges to many countries in the world.

Against this background, Prof. Holger Görg, PhD. (Acting President, Kiel Institute and KCG Managing Director) was interviewed by the Social Sciences in China Press (SSCP) to share his views on the impact of China’s 20-year WTO membership on China’s development and on the world economy.

In addition, he explained the key role of services trade for achieving high-quality economic development that China declared in its 14th five-year plan as its long-term development goal. He also argued that the challenge for China as to its investments abroad is not just how to encourage more and more Chinese firms to go and invest abroad, but how to further encourage Chinese outward FDI of high quality that is both good for the Chinese economy and advantageous for the host economies. Last but not least, he also discussed the challenges upon the current China-Germany economic relations and their future development.

Görg’s responses (in English) to SSCP’s interview questions can be found here.

The SSCP newspaper article (in Chinese) based on parts of the interview can be found here.