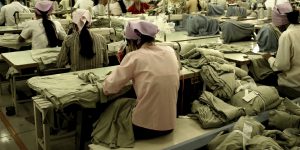 Over the past decade there were a rising number of firm-level empirical studies investigating direct and indirect effects of multinational enterprises (MNEs) on domestic firms and, more generally, economic development in different host countries. The strong increase in the number of related firm-level studies can be particularly attributable to the substantial progress made in the “New” new trade theory since the beginning of the 21st century on the one hand and to the availability of large-scale firm-level datasets and the development in advanced analytical tools required over the past years on the other hand.

Taking previous findings as base the new KCG project “Modelling economic and social dimensions of global supply chains” led by Holger Görg and Horst Raff will go further to analyse whether the integration of firms into global supply chains may actually also increase their exposure and vulnerability to economic shocks in the world economy. In other words, although MNEs’ engagement on site can be advantageous for domestic firms’ economic performance, domestic firms and host countries may be forced to face and deal with some economic risks and societal challenges that are new to them. Comparable risks and challenges may be relevant for them as well, if they actively join global supply chains through other channels in addition to MNEs’ FDI. The project will deal with this research question by further developing related theoretical models and by providing sophisticated firm-level empirical analysis on related hypotheses derived from the theoretical models.