China: A Key Player in the World Economy and a Key Research Region of KCG 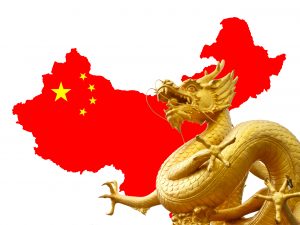 It’s time to look at China – but not just because of the coming Chinese New Year. China is nowadays the second largest economy in the world. It has also been intensively integrated into the world economy over the past decades of economic reforms and became a crucial part of the global supply chains. Needless to say, its economic reforms opened the door towards the world economy and brought China new opportunities to grow rapidly over time. China has profited substantially from the intensifying globalisation during the past decades. At the same time it has strongly gained in importance in co-influencing the past and future development of the globalisation.

While China assumed the G20 Presidency in December 2015 with the overarching theme “Towards an Innovative, Invigorated, Interconnected and Inclusive World Economy”, it was the first time that China made it clear to the world that it is willing to make more contributions to dealing with global challenges and to co-developing a functional world economy. China’s interest in a functional world economy with positive growth potential was further (indirectly) emphasised in China’s President Xi Jinping’s speech at the World Economic Forum (WEF) in January 2017. He also stressed the key importance of building a balanced, equitable and inclusive development model and it is the joint responsibility of all countries to do so.

China’s G20 engagement and its President’s speech at the WEF suggest that China seems to be more and more aware of their responsibility for co-developing a qualitatively better world economy. Does it mean that Chinese firms intensively integrated into the global supply chains will turn to engage in more environment-friendly technologies for business operations and carry out green innovation in the future? How did they engage in such activities in the past? How would Chinese consumers perceive corporate social responsibility along the increasingly complex global supply chains? Would Chinese consumers’ perception of social responsibility and their behaviour be changed, if the global supply chains would become more transparent? How could they be motivated to behave in a more society- and environment-friendly way?

These interesting questions are also parts of the research questions which the KCG research projects are dealing with. For most of the questions raised above, comparable studies for other countries will be carried out as well for cross-country comparisons.

Learn more about the KCG research