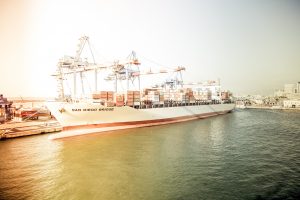 Is globalization good or not? This question has already attracted much attention worldwide with the intensifying globalization during the past decades. Undoubtedly, different economic agents, decision makers and governments from different countries may have strongly different answers to this seemingly simple question. This question turns, however, to be answered in a very simple and provocative way for political purposes over the last year, as did, for example, by Donald Trump on his way to the U.S. Presidency. His belief in globalization doing more harm than good to the U.S. economy induced him to stop ongoing discussions on trade agreements such as TPP and TTIP with different partners in the world. He asks U.S. firms to come back to invest in the U.S., irrespective of whether the U.S. may be the best place of production for these firms or not. He also considers imposing high tariffs on imports. His measures are undoubtedly harmful to the globalization and to the world economy in general. Thus, it is urgent now than ever to ensure that related globalization discussions are adequate and consider all key aspects of the globalization.

One of the key aspects that needs to be considered adequately but tends to be (unconsciously or even consciously) ignored is the relevance of global supply chains in discussing whether globalization is good or not. The continuously expanding global supply chains are one of the key elements of globalization. More and more firms are engaged in cross-national production networks and supply chains. This enables firms to source adequate resources and intermediate goods for lower prices worldwide. This further helps keep prices of various products – low-tech but also high-tech products – low, as argued by Holger Görg in a news article recently published in the Süddeutsche Zeitung. Such price advantage, which is not only good for firms but also for customers, is generally ignored in the globalization debate, while focus tends to be solely put on stagnating incomes of, particularly, the low-skilled labour-force.

It is, of course, of substantial importance to find solutions to deal with the distribution and inequality challenges regarding the benefits of the globalization. But would suggestions as those made by Donald Trump such as forcing firms to stay at home and imposing high tariffs on imports be the best solutions? Probably not, if one again considers the intensive engagement of firms, incl. the U.S. firms, in the global supply chains appropriately. When the U.S. firms are now forced to go back home and let most of their production tasks be carried out in the U.S. – instead of producing in other more advantageous countries or importing lower-priced intermediate goods for production, they will not be able to make use of the comparative advantages of different suppliers worldwide adequately. In this way, their production costs may go high, resulting in higher prices of their products. This is expected to reduce U.S. firms’ competitiveness in the global markets at the costs of jobs, incl. those that Donald Trump would like to save at home. Moreover, as argued by Görg, high tariffs imposed by the U.S. government may induce other countries such as China and Mexico to do so as well. Higher production costs, lower efficiency in resource allocation, and higher unemployment rates etc. are then inevitable and challenging the sustained growth in the world economy in the long run.

The abovementioned news article recently published in the Süddeutsche Zeitung can be found here.