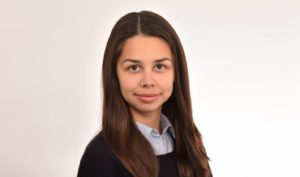 China’s open-door policy that strongly drove its economic growth and its intensive integration into the world economy over the past decades started with the establishment of special economic zones (SEZs) in South China. In response to China’s positive experience with SEZs, many other developing countries worldwide introduced place-based policies and set up a large number of SEZs in the hope of pushing forward their own economic development.

India is one of these countries. The government of India introduced the Special Economic Zones Act in 2005 to attract investments, support infrastructure development and promote economic growth. Until 2020, more than 350 SEZs were established, hosting over 5,600 entities and providing employment opportunities to 2.5 million people. These at-first-glance very positive numbers and the like are, however, not sufficient to help draw an evidence-based conclusion as to the possible effects of SEZs on firm performance and thus on local economic development.

Against this background, Prof. Holger Görg, Ph.D. (Kiel Institute and KCG) and Alina Mulyukova (Kiel Institute and KCG) assembled a first representative geocoded firm-level data set with an assigned SEZ status for India. Based on this data set, they analysed the impact of SEZs on firm performance in Indian with focus on firms’ productivity growth, but also their performance in export activity, sales growth, as well as labour and intermediate input use. In the analysis two types of firms were considered – namely those located inside an SEZ, and those in the vicinity. In this way, the authors were able to differentiate between a direct effect on insider firms, and spillover effects on others.

Mulyukova will introduce their research methodology, the geocoded firm-level data set, and their key research findings in her seminar titled “Place-based policies and agglomeration economies: Firm-level evidence from Special Economic Zones in India” on March 8 (Tuesday), 2022. The seminar is co-organised by the Kiel Institute for the World Economy and KCG.

Abstract: This paper exploits time and geographic variation in the adoption of Special Economic Zones (SEZs) in India to assess the direct and spillover effects of the program. We combine geocoded firm-level data and geocoded SEZs using a concentric ring approach, thus creating a novel dataset of firms with their assigned SEZ status. To overcome the selection bias, we employ inverse probability weighting with time-varying covariates in a difference-in-differences framework. Our analysis yields that conditional on controlling for initial selection, the establishment of SEZs induced no further productivity gains for within SEZ firms, on average. This effect is predominantly driven by relatively less productive firms, whereas more productive firms experienced significant productivity gains. However, SEZs created negative externalities for firms in the vicinity which attenuate with distance. Neighbouring domestic firms, large firms, manufacturing firms and non-importer firms are the main losers of the program. Evidence points at the diversion of inputs from non-SEZ to SEZ-firms as a potential mechanism.