Holger Görg in a ZDFinfo Documentary on Globalization to be Shown on April 11, 2019 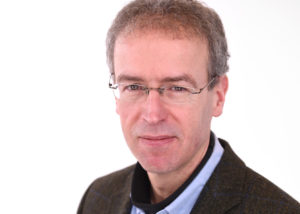 It is widely recognised among economists that globalization is an important driver of economic growth. Globalization does not only have winners but also losers and undesirable side-effects, however. In reality, we thus observe that globalization benefits have been increasingly questioned from various sides. Companies and employees, for example, are concerned about business relocations and increasing import competition driven by more highly integrated global value chains than ever. They fear a collapse of the industrial base, the outflow of technical knowledge, the threat to jobs, the income loss and growing income inequalities.  Many also fear a creeping erosion of high domestic standards for safety of consumption and environmental protection and thus see sustainability at risk with intensifying globalization. Development aid organisations and non-government organizations (NGOs) are worried about increased exploitation of labour force and other key resources in the developing countries by the on-site investments and business operations of multinational enterprises from the industrialized countries.

A new documentary titled “The Great Fallacies of Globalization – Trade, Wars and Refugees (Die großen Irrtümer der Globalisierung – Handel, Kriege, Flüchtlinge)” from Stefan Ebling will be broadcasted for the first time on ZDFinfo on April 11, 2019 (Thursday, 8:15 pm). It will show how globalization has changed our daily life over time and gather experts’ opinions to investigate some selected great fallacies and key issues related to globalization which have increasingly concerned many people in Germany and worldwide. As an expert for globalization research, Prof. Holger Görg, Ph.D., KCG Managing Director, is also interviewed in the documentary so that he can share related research-based empirical evidence and knowledge with focus on global supply chains with interested viewers.

The documentary will be broadcasted on the following dates: