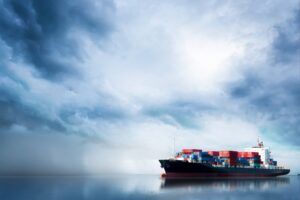 With ever-increasing political tensions between China and Russia on one side and the EU and the US on the other, it only seems a matter of time until protectionist policies cause a decoupling of global value chains. How would such a decoupling affect trade and welfare of countries and regions directly involved and the rest of the world is examined in a new study from Prof. Dr. Gabriel Felbermayr (Austrian Institute of Economic Research and KCG), Hendrik Mahlkow (Kiel Institute for the World Economy) and Prof. Dr. Alexander Sandkamp (Kiel Institute, Kiel University and KCG).

Using a computable general equilibrium trade model, the authors simulated the trade and welfare effects of such a decoupling between the East and the West via doubling unilateral or reciprocal non-tariff barriers in the following five scenarios:

The trade model was calibrated with the latest version of the GTAP database, taking into account detailed input-output linkages among 65 economic sectors and 121 countries worldwide.

Their analysis shows clearly that imposing trade barriers on inward trade flows almost completely eliminates bilateral imports. Changes in price levels lead to higher imports and lower exports of the imposing country group from and to the rest of the world. The targeted country group increases exports to the rest of the world and reduces imports. And welfare falls in all countries involved.

The study and its findings offer a lesson for the conflict between Russia and the West. As relative size matters, trade restrictions are clearly more harmful for the target if more countries implement them. For the same reason, Russia would lose much more from a trade war with the West than China. Specifically, a reciprocal decoupling of Russia from the US and its allies, incl. the EU, reduces welfare in Russia in the long run by almost 10 percent. In contrast, welfare of US and its allies remains almost unaffected (-0.17 percent). Increasing economic sanctions thus comes at relatively low costs for the US and its allies on average, at least in the long run. It is, however, worth noting that the welfare loss hits the US and its allies to different degrees with Eastern European countries losing more substantially (up to almost 2.5 percent welfare loss in the case of Lithuania).

In short, joint sanctions can increase the harm imposed on the strategic rival. However, if one country group decouples, it is never the best option for the other country group to retaliate, as this would increase the cost for both parties. Overall, the findings confirm that intentionally dividing the world with non-tariff barriers would reduce welfare in all countries (directly or indirectly) involved in the conflict and should thus never be done light-heartedly.

The abovementioned paper “Felbermayr, G., Mahlkow H., and Sandkamp, A. (2022), Cutting through the Value Chain: The Long-run Effects of Decoupling the East from the West, Kiel Working Paper No. 2210, Kiel Institute for the World Economy” is available here.