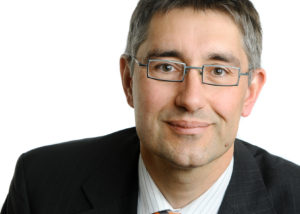 Foreign direct investment (FDI) has been widely recognised among economists as one of the key factors behind significant inflows of capital, technologies and know-how in emerging and developing countries that helped deal with low growth and poverty challenges in these countries in the past. FDI has played an essential role in intensifying globalization as well by having integrated a great number of countries into the expanding global supply chains and the world economy over time.

Firms’ engagement in FDI has not been always on the rise, however. Previous studies tend to argue that the decline in FDI (during, for example, financial crises) may be attributable to the weak demand worldwide and a high level of uncertainty regarding the related regulatory environments. Differently, a current study “Financial Frictions and Foreign Direct Investment: Evidence from Japanese Microdata” carried out by Prof. Horst Raff, Ph.D. (Kiel University), Co-Head of the KCG Project “Modelling economic and social dimensions of global supply chains” and his co-authors Prof. Michael Ryan, Ph.D. (Western Michigan University) and Prof. Dr. Frank Stähler (Uni. of Tübingen) aims at investigating the role of financial frictions in this regard, based on microdata on Japanese FDI projects in the United States between 1980 and 2000. They focus on two channels through which financial shocks may affect firms’ FDI engagement: (1) a collateral channel – here they analyse how investors’ borrowing ability, determined by the value of their landholdings, may affect investors’ FDI engagement, and (2) a lending channel – here they analyse how banks’ lending ability determined by their financial health (measured in their market-to-book ratios or Moody’s ratings) may affect the implementation of FDI projects. Their empirical analysis shows that both channels matter and that the effects of financial shocks on FDI for the case of Japanese FDI in the United States are significant and should not be ignored. This finding is relevant for the related academic research and has implications for related economics and financial policies.

The abovementioned paper is accepted for being published in Journal of International Economics. Its working paper version can be found here.